A brief and hopefully interesting account of my photographic adventures

Chell and I were in Portugal almost exactly one year ago as part of an Oceana cruise we took with my family. At that time we visited Lisbon and Porto, each for a day only. This trip we visited Lisbon, the capital city of Portugal for 10 days. We took two day trips one to Fatima and one to Sintra. Portugal has a lot of fabulous history as it was a major player in world exploration. With colonies in the Americas and Africa. It was the Portuguese that first discovered how to stop wine from turning to vinegar making it possible to store and ship wine. A big plus in my book.

Lisbon is a very modern city due to a major earth quake in the mid 1700s which caused a tsunami followed by a huge land slide that pretty much wiped the city into the sea. Leaving only a small section that includes the Jeronimos Monastery  standing. 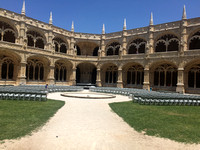 The royal family was attending church at the time reinforcing the country’s longstanding devotion to Catholicism and prayer. The countries political views were shifting toward socialism in the 1900’s when three children were visited by an angel and the Virgin Mary repeatedly over a 6 month period in the town of Fatima. Reaffirming the countries faith and helping to thwart socialism.

One evening we decided to visit Club Fado for a dinner show. Fado is a uniquely Portugese type of singing/music dating from the early 1800's. Since we don't speak Portugese we couldn't understand the songs but we were told that they tend to be about deep emotions often of a sorrowful nature. The meal was out of this world. Probably the best steak I have ever had and that is saying a lot being married to the world renound Chef Chell.

Because of the earth quake, Lisbon lacks the old world charm of many European cities, but also because of the earthquake, the reborn city is well designed on a grid with a beautiful wide Liberty Avenue. The avenue is divided by a very wide walk way shaded by huge maple trees. There are street cafes and at night they feature big TV screens to watch the latest soccer match. Many of the cafes also have live music singing Billy Joel and Simon and Garfinkel in English. 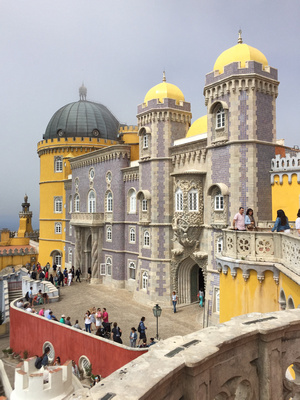 Not far from Lisbon is Sintra, where the Pena Palace is located. The palace is one of the most fanciful places I have ever visited, right out of a Disney princess movie. Built by the King consort Ferdinand II, husband to Queen Maria II. The palace and gardens are amazing and the town of Sintra is incredibly charming. I would definitely recommend a trip there.

Preparing for the Journey Summer 2016 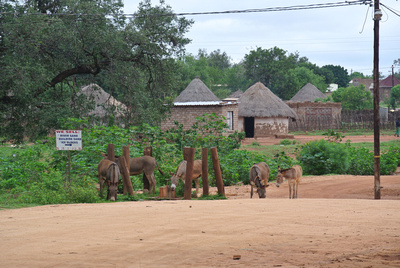 This summer Chell and I are headed on several exciting trips that should produce some fun photos. In anticipation of the trips I have a new Nikon D750, my first full frame DSLR. I also added a new Tamron 150-600mm telephoto zoom to add to the old workhorse, my Nikor 200mm micro lens.

We are headed out in June to Lisbon then on to Africa and will return in mid July. In addition to Lisbon we will be visiting Fatima and Sintra in Portugal. However the big deal is Africa. We will land in Johannesburg and then Drive to the town of Makuleke. More about Makuleke when we get there, but while there we will be participating in some leadership training with local school children for 3 days. Chell has already been there and had an amazing experience. I am really looking forward to meeting the kids and visiting their village. The Village has a Safari Lodge called The Outpost Camp in the Northern most part of Kruger National Park. We will be there for 2 nights of Safari. From there we drive south most of the length of Kruger. We are spending one night in a Bush Lodge before moving on to Simbambili Lodge. Simbambili is a private game preserve that is part of Kruger and it should offer amazing photo opportunities. 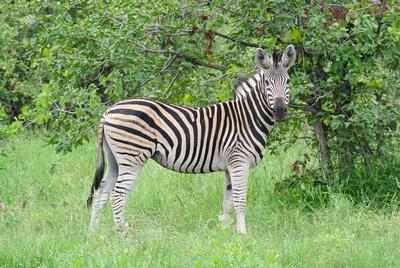 In addition to my cameras and lenses I will be sporting a Mefoto Walkabout monopod and Roadtrip tripod, as well as a ThinkTank camera belt with bags and a Capture Pro camera clip from Peak Design, which is essential for lugging a heavy camera without killing your shoulder. I have downloaded the Kruger iPad app so I can identify all the animals I capture. I am also taking along a Bad Elf GPS for my iPad so we don't get lost in the park as we have a few dirt roads to traverse.

Photos take by Chell on his previous trip to Makulele.